Schedule your LASIK Consultation Take Our LASIK Self Test

While LASIK is the most popular refractive procedure performed today, some patients are better candidates for other vision correction procedures, such as Advanced Surface Ablation, Phakic IOL, or Refractive Lens Exchange. During your consultation, you will meet with one of our doctors to discuss your individual needs, as well as which procedure is best suited for your eyes.

ASA combines certain elements of both PRK and the more popular LASIK procedure and may offer some advantages over LASIK for certain patients. With ASA, instead of completely removing the epithelium, as is done with PRK, the flap of surface epithelium is loosened with a diluted alcohol solution and moved to the side. The surface under the epithelium is treated with the Excimer Laser, and the epithelial flap is returned to its original position, similar to LASIK. A protective soft contact lens is then placed over the cornea to make the eye more comfortable as it heals.

Final visual results are similar when comparing LASIK and ASA. There are a few conditions where ASA is preferred, such as thin corneas, dry eye syndrome, and epithelial basement membrane dystrophy. There is a theoretical advantage in that there can be no flap complications such as flap displacement; however, flap complications with LASIK are very uncommon. The disadvantages are that most patients experience some post-operative pain and longer visual recovery time. Your doctor can discuss Advanced Surface Ablation with you during your consultation.

A Phakic Intraocular Lens (IOL), also referred to as an Implantable Collamer Lens (ICL), is a lens that is permanently implanted in the eye behind the cornea. It is called a Phakic IOL because the eye still has its natural lens. The implanted lens contains a refractive power which compensates for the eye’s nearsightedness and can correct refractive errors outside the range of LASIK, up to -20 diopters. A Phakic IOL may be the procedure of choice for patients with dry eyes or thin corneas that do not qualify for laser vision correction.

The first step is to create two small openings near the edge of the colored part of the eye (the iris) to allow the intraocular fluid to circulate around the lens. This is done one to two weeks before the lens implantation. The actual phakic IOL procedure is a short 15-minute outpatient operation. A small opening is created in the cornea, through which the folded lens is inserted. Once the lens has fully unfolded, the four corners of the lens are placed behind the iris. This makes the lens invisible to both you and others.

The primary difference between cataract surgery and RLE is that cataract surgery is performed to remove a patient’s cloudy lens, and RLE is performed to reduce a patient’s dependence on glasses or contact lenses. Performed as an outpatient procedure, the eye’s natural lens is replaced with an intraocular lens implant (or IOL). You will remain comfortable, as the eye is completely anesthetized. Very tiny incisions are made on the front part of the eye using a femtosecond laser. The natural lens is then removed, and an intraocular lens is placed inside the eye. Most patients report improvement in their vision almost immediately. Strenuous activity should be avoided for one week, but you can return to a desk job the day after surgery. One eye is done at a time, and the second eye is usually done one or two weeks later. 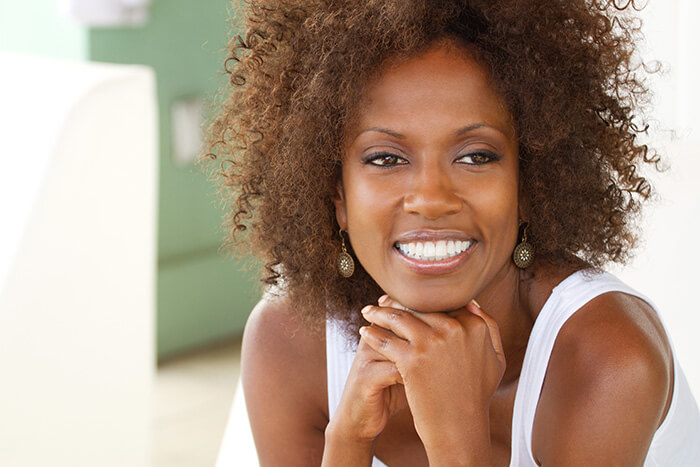 2022 All Rights Reserved. Designed by Glacial Multimedia
Diagnostic Eye Center offers vision care services at our convenient location in downtown Houston, Texas. We specialize in primary eye care, LASIK eye surgery, cataract surgery, glaucoma treatment, and other comprehensive vision services for patients in greater Houston.
The material contained on this site is for informational purposes only and is not intended to be a substitute for professional medical advice, diagnosis, or treatment. Always seek the advice of your physician or other qualified health care provider.
Notice of Nondiscrimination Accessibility Statement
If you are using a screen reader and are having problems using this website, please call (713) 893-1868