Are There LASIK Alternatives?

Many people think of LASIK as the primary option for vision correction when considering options to reduce dependence on glasses and contact lenses. Though LASIK is an amazing procedure, it’s not right for everyone.

This begs the question: are there LASIK alternatives?

Why Can’t I Get LASIK?

If you have had a LASIK consultation, you may already know whether you’re a good candidate for LASIK or not. If not, there are several reasons why you may not qualify for the LASIK procedure. Some of the most common factors include the following: 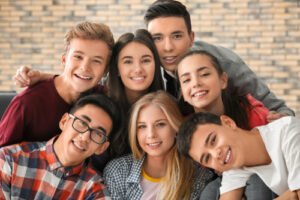 To get LASIK, you must be at least 18 years old. This is FDA mandated.

Good LASIK candidates will have stable vision with a prescription that hasn’t changed in at least a year or more. 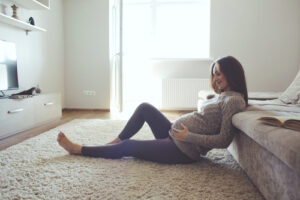 You are currently pregnant or breastfeeding

If you want to get LASIK, you cannot be pregnant or breastfeeding. Hormones can cause your eyes to change during pregnancy and this can take several months after the birth of your baby to stabilize.

You need to wait at least three months until you are no longer breastfeeding before you can consider getting LASIK. This gives your eyes enough time to stabilize.

It’s also better for your infant because you must take eye drops to reduce inflammation and the chance of infection. Chemicals from these eye drops can be passed through your breastmilk if you are breastfeeding and can be potentially harmful to your child.

You are not in good health

With any surgical procedure, LASIK included, you need to be in good health. This aids effective LASIK recovery.

If you have any autoimmune conditions like HIV or Sjogren’s syndrome, this may make it more difficult.

You have a thin cornea

If your corneas are too thin, you cannot safely have the LASIK procedure. During LASIK, you must have enough corneal tissue, as it is reshaped during the procedure.

What Vision Correction Alternatives Can I Get Instead?

At Diagnostic Eye Center in Houston, LASIK is just one of many vision correction procedures we offer. If you are not a LASIK candidate, you may qualify for one of these procedures instead.

Advanced Surface Ablation, which is also known as LASEK, is a laser vision correction procedure offered as an alternative to LASIK eye surgery. Unlike LASIK, LASEK does not involve creating a flap to reshape the cornea.

Creating a flap is one of the most important steps during LASIK but it can lead to complications for some patients, especially those with thin corneal tissue. During LASIK, a small flap is created in the cornea using a femtosecond laser.

This flap is carefully pulled back and then the cornea is permanently reshaped using short pulses of ultraviolet light with an excimer laser. After reshaping the cornea, the flap is then pulled back to its original position and left to heal on its own. There are no stitches or bandages used.

During LASEK, the epithelium, which is the cornea’s anterior outermost layer, is loosened using a diluted alcohol solution. It is then moved to the side.

Unlike PRK, which is another procedure that LASEK derives elements from, the epithelium is not discarded. It is instead loosened but still attached.

The surface of the cornea under the epithelium is then treated with the excimer laser and the epithelial flap gets returned to its original position. This is a step that’s similar to LASIK.

After returning the epithelial flap to its original placement, a soft contact lens is then placed over the cornea. This makes the eye more comfortable as the healing process begins.

LASEK may be a better vision correction procedure if you have dry eye syndrome, thin corneas, or epithelial basement membrane dystrophy. Talk to your eye doctor if you are interested in learning more about LASEK. 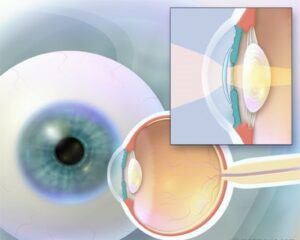 With a Phakic IOL, also known as an Implantable Collamer Lens (ICL), the implanted lens has a refractive power that compensates for the eye’s nearsightedness. The Phakic IOL can correct refractive errors that are far outside of the range of what LASIK can correct, up to -20 diopters.

When you receive a Phakic IOL, you keep your natural lens. Two small openings are first created near the edge of the iris. This allows intraocular fluid to circulate around the lens. Creating the openings occurs one to two weeks before lens implantation occurs.

One to two weeks after creating the small openings near the iris, another small opening is created, this time in the cornea. The folded lens gets inserted through this opening.

A Phakic IOL may be best for patients that have thin corneas or dry eye syndrome and do not qualify for other laser vision correction procedures. 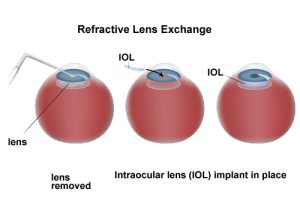 
Unlike a Phakic IOL, which lets patients keep their natural lens, Refractive Lens Exchange (RLE) corrects refractive errors by using an IOL. This means that the natural lens gets removed and is then replaced with an IOL or intraocular lens implant.

During RLE, there is no cloudy lens. Instead, the lens is usually still clear but removed anyway. It is then replaced with an artificial lens and to reduce dependence on glasses or contact lenses. Like cataract surgery, RLE is usually performed one eye at a time, with a week or two between.

Refractive Lens Exchange is often performed on patients who have a large amount of farsightedness, have early cataracts, or need to lower intraocular pressure. Whatever your reasons, RLE is a great option if you’re looking to say goodbye to glasses or contacts for good!

Are You Looking for Vision Correction Options Other Than LASIK?

Have you been told LASIK is not an option for you? Are you wondering if there’s a LASIK alternative out there for you? Our vision care experts at Diagnostic Eye Center can help you to determine what vision correction options can best fit your prescription, lifestyle, and medical needs.

Schedule an appointment at Diagnostic Eye Center in Houston, TX to find out now!

2020 All Rights Reserved. Medical website design by Glacial Multimedia, Inc.
Diagnostic Eye Center offers vision care services at our convenient location in downtown Houston, Texas. We specialize in primary eye care, LASIK eye surgery, cataract surgery, glaucoma treatment, and other comprehensive vision services for patients in greater Houston.
The material contained on this site is for informational purposes only and is not intended to be a substitute for professional medical advice, diagnosis, or treatment. Always seek the advice of your physician or other qualified health care provider.
Notice of Nondiscrimination